The official release date was October 16, 2000. State quarters were released in the order states joined the United States. As such, Virginia was the 10th State Quarter released. 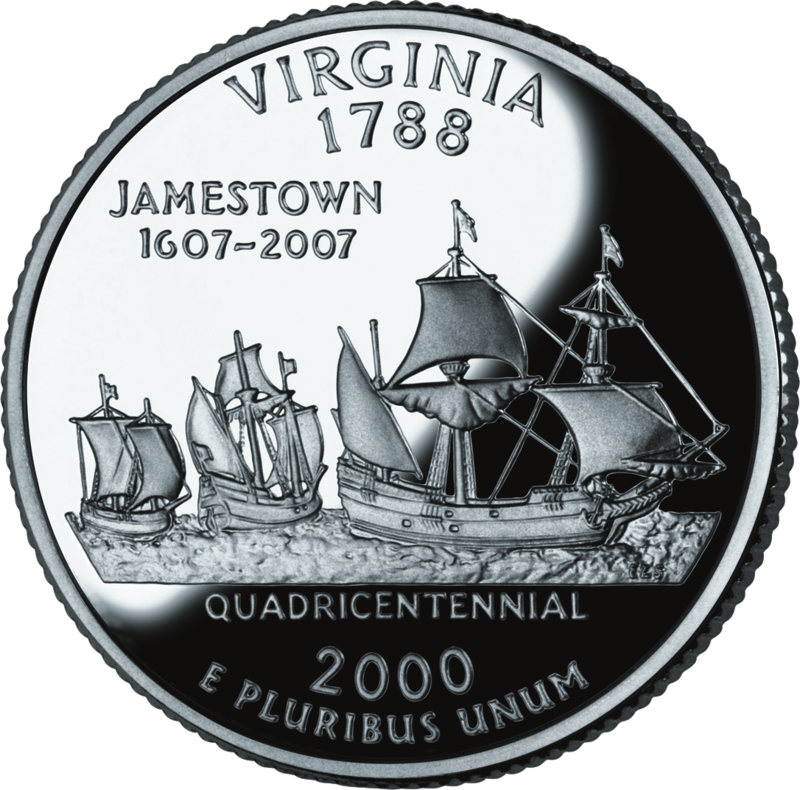 The Virginia State Quarter shows the three ships that first landed in Virginia in 1607. The ships are called "Susan Constant," "Godspeed," and "Discovery."

The people on board those the ships would go on to establish Jamestown - the first European town in the new world.

There are two captions on the quarter. The first reads "Jamestown 1607-2007" and the second says "Quadricentennial," commemorating the 400 year anniversary of Jamestown's establishment.