George Washington Gets a New Look on All State Quarters 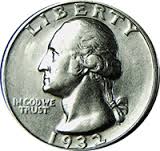 The State Quarter program created new and interesting designs on the reverse side of quarters. 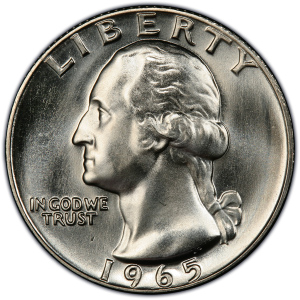 However, many do not know that the front of the state quarter, bearing George Washington's image, was also revamped for the State Quarters Program. In fact, Washington's bust has evolved several times over the years.

The original bust on Washington appeared on all quarters starting in 1932 and lasting until 1964. In 1965, Washington's face was made slightly larger and with sharper lines that made his image appear more predominately. The design lasted until 1998 when the widely known State Quarter program began. 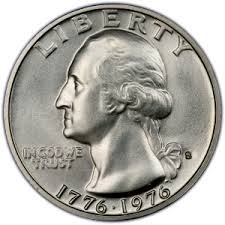 Washington's face on all State Quarters is quite different than the previous designs. The State Quarter front-side design features a slightly smaller bust of Washington and has sharper, crisper lines. The State quarter also changed the writing on the quarter. "In God We Trust" was moved from the left to the right; "Liberty" was moved from along the top to the left side where "In God We Trust" used to be; and the words "United States of America" was printed along the top were "Liberty" used to be. The date along the bottom of the quarter was also replaced. Traditionally the date on the bottom represented the year when the quarter was made. This date was replaced with the words "Quarter Dollar." 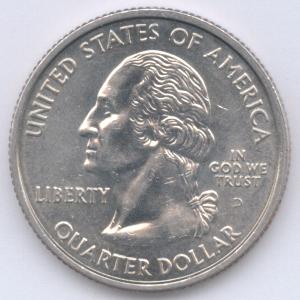 After the State Quarter program was completed in 2009, quarters began receiving a 5th variation of Washington's bust. This 5th portrait resembles the 1965-1998 quarter most closely, but keeps the text changes that were introduced on the State Quarters.

The back side of the quarter remained essentially identical for all versions of the quarter, except for the State Quarters and the Bicentennial quarter that featured an image of a Revolutionary War era drummer boy.

In addition to these designs, there has also been a medley of specialty and collectors quarters for various events. These special quarters are produced in far fewer numbers and are designed solely for commemorating and event. These quarters are collected rather than used normal circulation.