The official release date was January 2, 2001. State quarters were released in the order states joined the United States. As such, New York was the 11th State Quarter released. 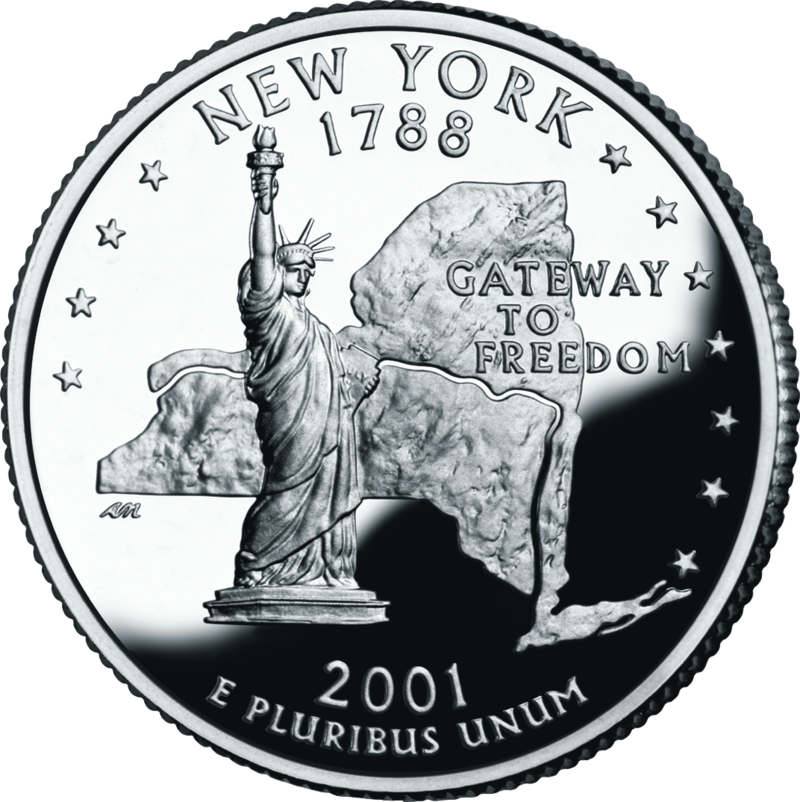 New York has such an incredibly rich history it is impossible to fit it all onto a single quarter design. The New York State Quarter depicts a topographic view of New York State. This shows the many mountains, lakes, rivers, and ocean fronts of New York. The Hudson River and Erie Canal in particular is highlighted running across the state and leading towards New York City.