The official release date was January 28, 2008. State quarters were released in the order states joined the United States. As such, Oklahoma was the 46th State Quarter released. 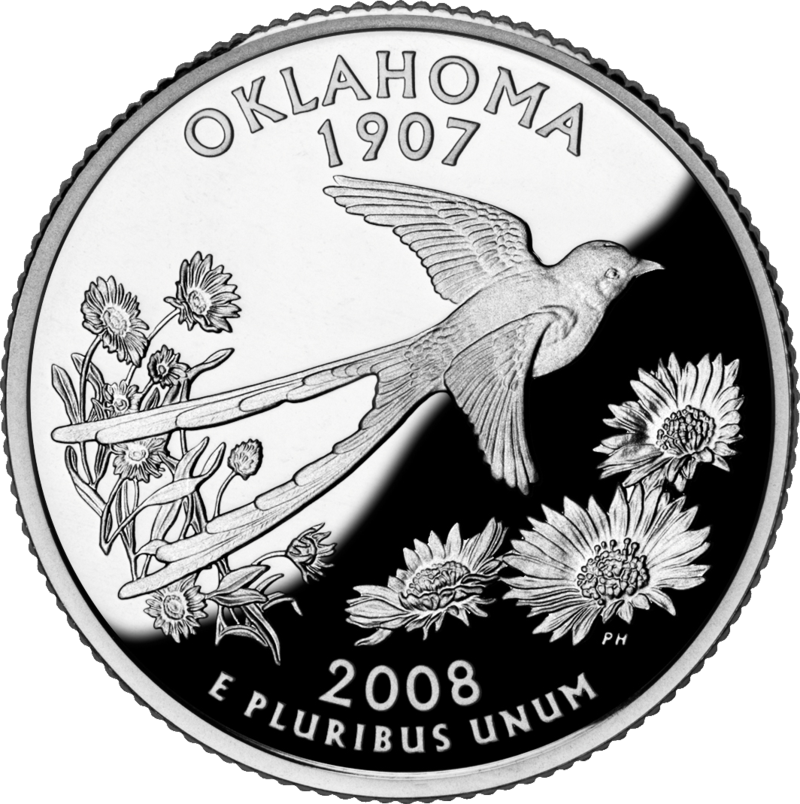 The Oklahoma quarter is plane and simple, much like the Midwestern charm for which the state is known. The quarter depicts the state's official state wildlife symbols. First, the Scissor-tailed flycatcher, the state bird, is shown flying across the center of the quarter.