The official release date was November 5, 2007. State quarters were released in the order states joined the United States. As such, Utah was the 45th State Quarter released. 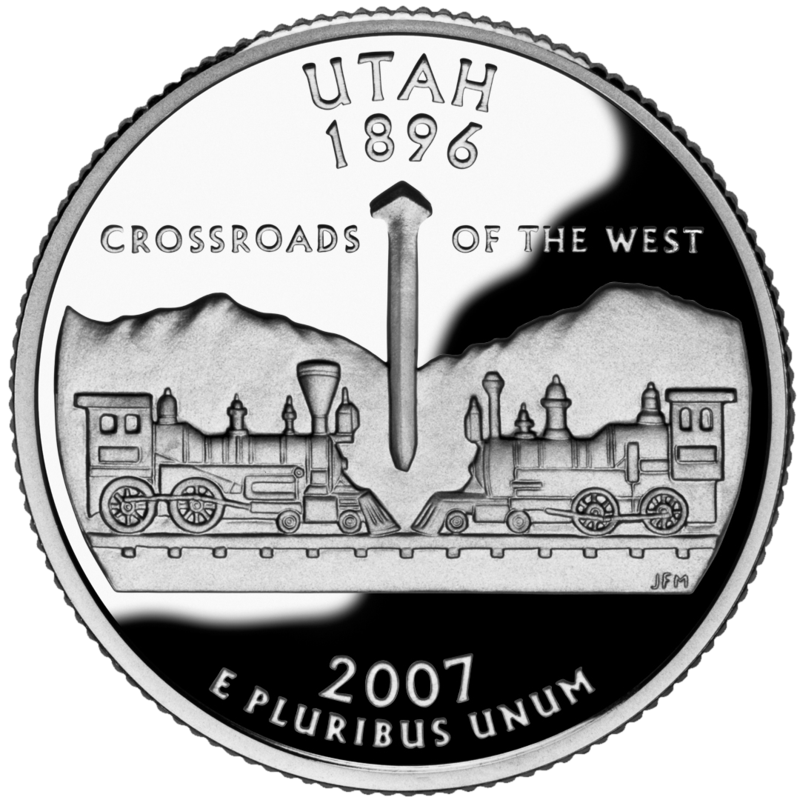 Utah, the "Crossroads of the West," features the railroad and historic "Golden Spike" that was driven in Utah, thus connecting the East and West coasts via rail for for the first time.

On the tracks, there are two locomotives shows: Jupiter and the Union Pacific No. 119. Behind the trains are the rocky mountains that run through the state. These mountains posed one of the largest hurtles in completing the first North American Transcontinental Railroad.