The official release date was April 7, 2008. State quarters were released in the order states joined the United States. As such, New Mexico was the 47th State Quarter released. 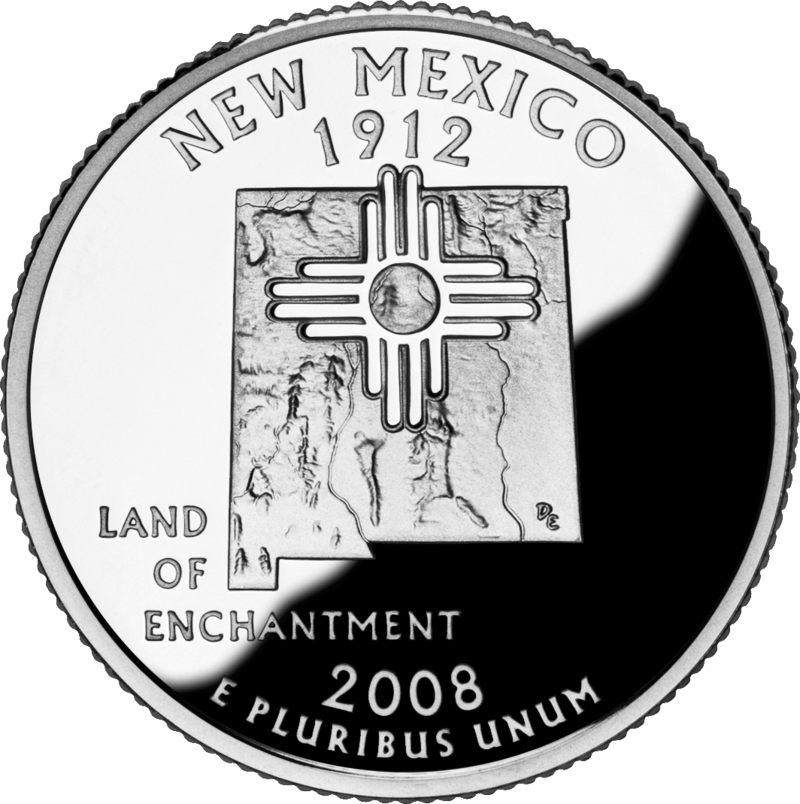 The New Mexico State Quarter is simple and elegant, much like the New Mexico Flag. The quarter depicts an outline of the state with a topological view that shows the mountains and rivers of New Mexico.

On top of the state outline is the Zia Sun symbol featured on the state's flag. The Zia Sun is a well known symbol and a large part of the reason that New Mexico's state flag has been ranked on of the best. One you have something that works, don't fix it! The caption below the state outline says "Land of Enchantment."