The official release date was June 2, 2008. State quarters were released in the order states joined the United States. As such, Arizona was the 48th State Quarter released. 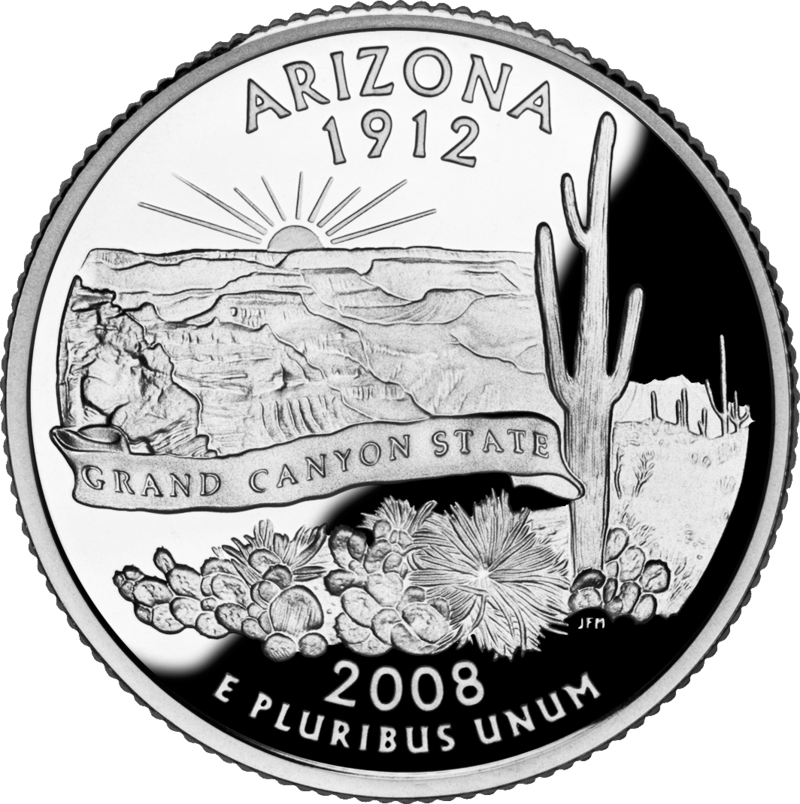 The Arizona State Quarter depicts the state's most well known feature, the Grand Canyon. The Grand Canyon is shown in the background with many small desert plants in the foreground There is a large Saguaro cactus as well.

In the distance, the sun is setting behind the canyon. Across the middle of the design there is a ribbon that reads "Grand Canyon State."