The official release date was October 15, 2002. State quarters were released in the order states joined the United States. As such, Mississippi was the 20th State Quarter released. 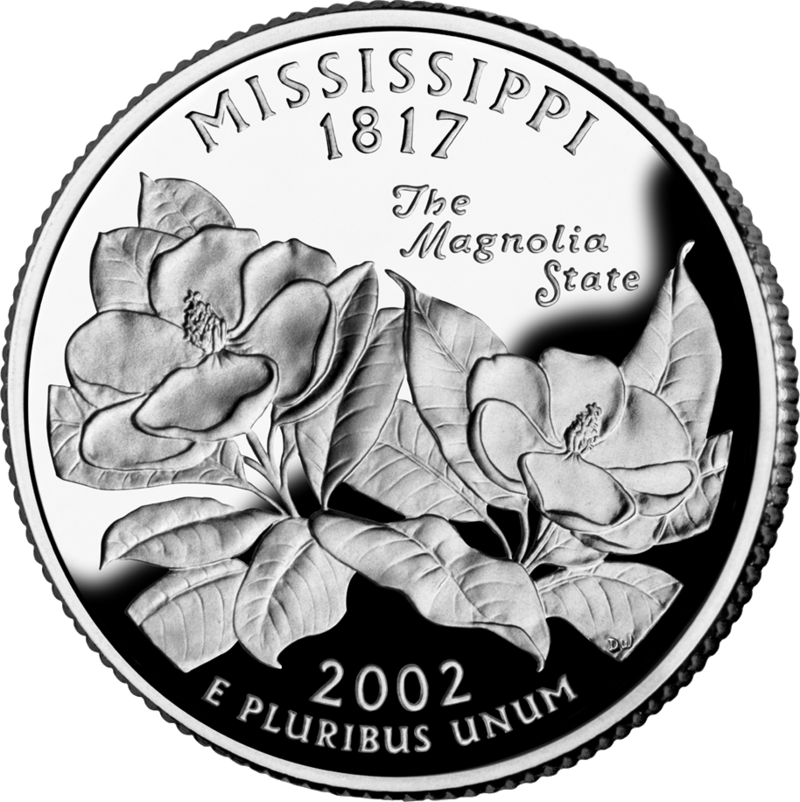 The Mississippi State Quarter. Released by the U.S. Mint on October 15, 2002.

Mississippi, "The Magnolia State" pays tribute to its beautiful state flower on its state quarter. The caption is written along the top of the quarter in stylized cursive. Below the caption, there are two large magnolia flowers covering as much of the quarter as possible. The flowers are in full bloom.