The official release date was January 2, 2003. State quarters were released in the order states joined the United States. As such, Illinois was the 21st State Quarter released. 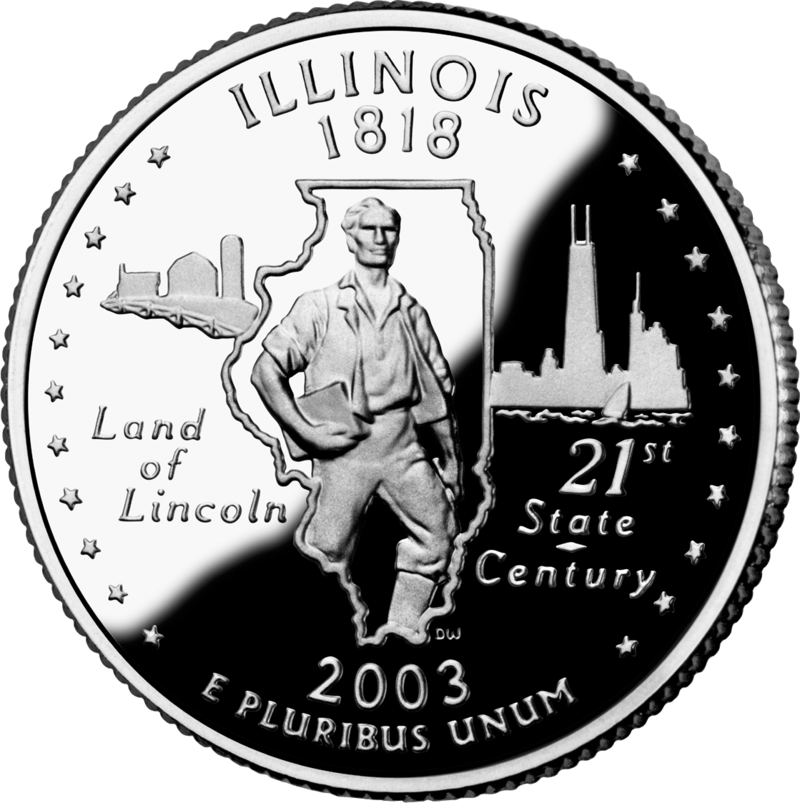 The Illinois State Quarter is a tribute the the 16th President of the United States, Abraham Lincoln, who grew up in Illinois in the early 1800's.

The Illinois quarter has the outline of the state silhouetting an image of Lincoln walking proudly. Behind Lincoln you can see the log cabin and farm where Lincoln famously lived and the caption "Land of Lincoln."

There are 21 stars around the outside of the quarter and the caption "21st State - Century" alluding to the fact that Illinois was the 21st state to join the Union.

On the right side of the quarter you can see the Chicago skyline.