The official release date was August 8, 2002. State quarters were released in the order states joined the United States. As such, Indiana was the 19th State Quarter released. 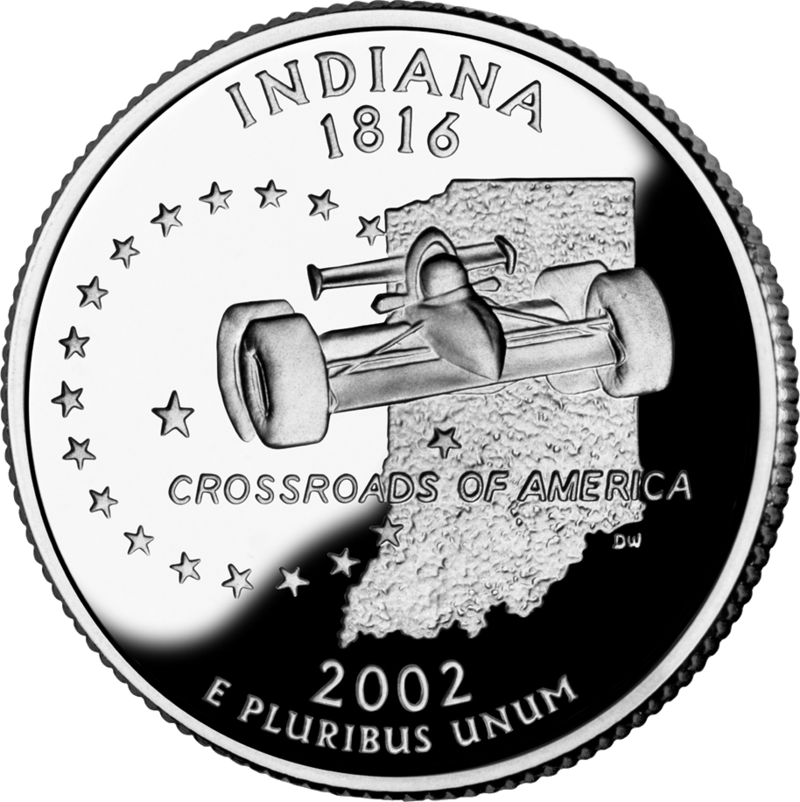 Indiana is known as the "Crossroads of America." In addition, the state is known for the IndiCar racing, the Indy Racing League, and Indianapolis 500. Those races are recognized on the state quarter with a image of an IndiCar.

Behind the car, there is an outline of the state. Next to the state outline and car, there is a ring of 19 stars representing the fact the Indiana was the 19th state to join the U.S.