The official release date was May 30, 2002. State quarters were released in the order states joined the United States. As such, Louisiana was the 18th State Quarter released. 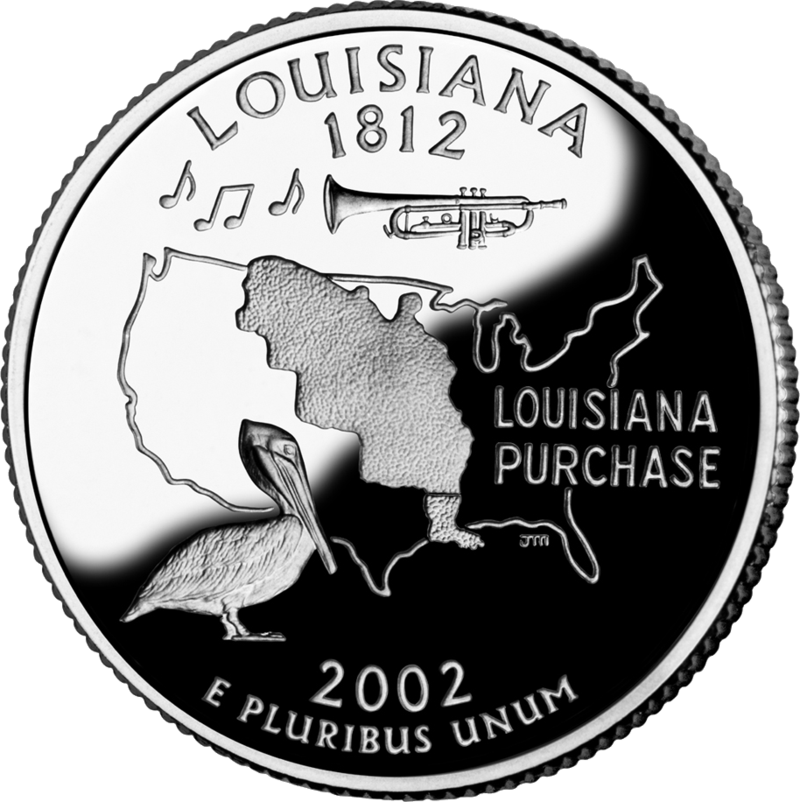 The Louisiana state quarter pays tribute to the state's rich musical heritage, plentiful wildlife, and the historic land purchase that bears its name.

Louisiana is known for great blues music. In recognition of this, state's quarter has a trumpet with music notes coming out.

Below the trumpet is an outline of the land area the U.S. received in the Louisiana Purchase. That land purchase greatly expanded the size of the United States and allowed the young country to continue growing and expanding westward. Today, Louisiana State is the southern tip of the much larger Louisiana Purchase area.

Finally, next to the outline of the Louisiana Purchase there is a Brown Pelican, the state bird.