The official release date was March 18, 2002. State quarters were released in the order states joined the United States. As such, Ohio was the 17th State Quarter released. 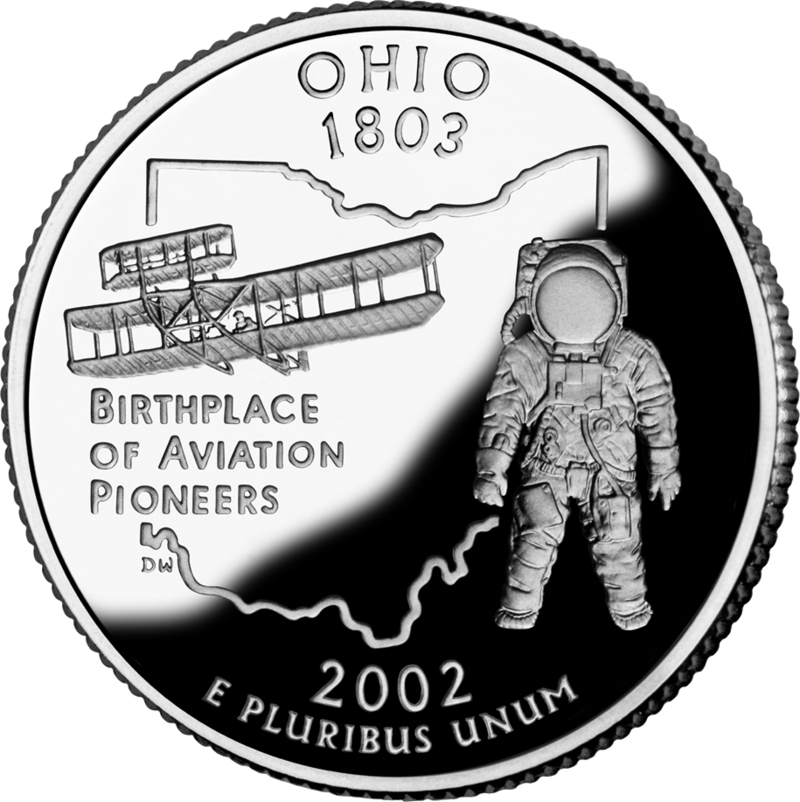 The Ohio state quarter contains the frequent motif of state outline in the background. In front of the state outline, there is the Wright Flier in flight and Neil Armstrong in his space suit. The caption reads "Brith Place of Aviation Pioneers."

The Wright brothers were born in Dayton, Ohio and Neil Armstrong was born in Wapakoneta, Ohio.