The official release date was March 17, 2003. State quarters were released in the order states joined the United States. As such, Alabama was the 22nd State Quarter released. 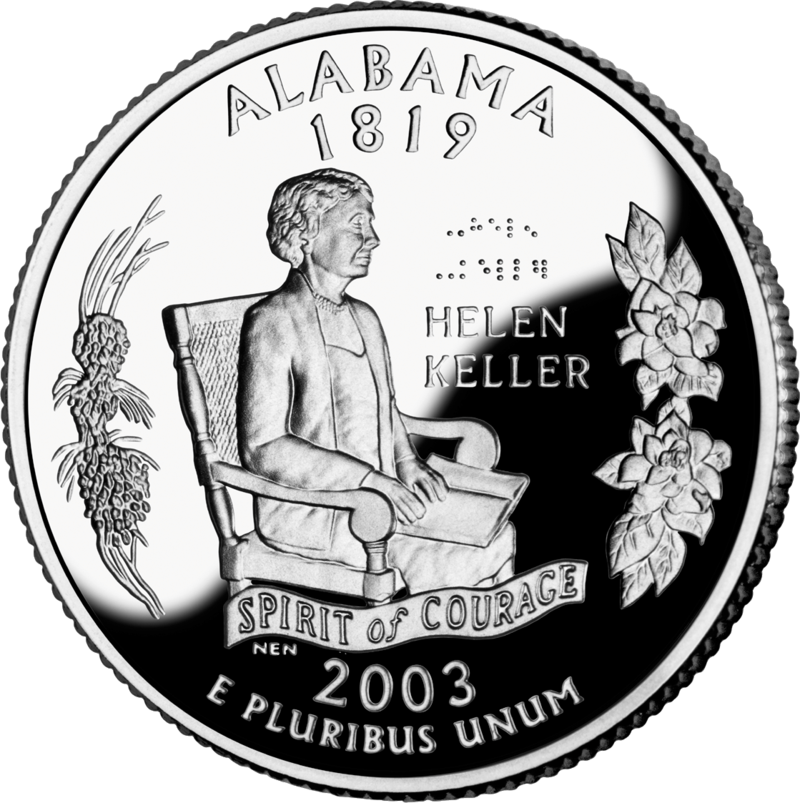 On the left side, there is a longleaf pine sprig which is the state tree. On the right there are magnolia blossoms.

The caption on the quarter says "Helen Keller" in the regular English alphabet and in the braille alphabet. Below Keller there is a banner that says "Spirit of Courage."