The official release date was June 2, 2003. State quarters were released in the order states joined the United States. As such, Maine was the 23rd State Quarter released. 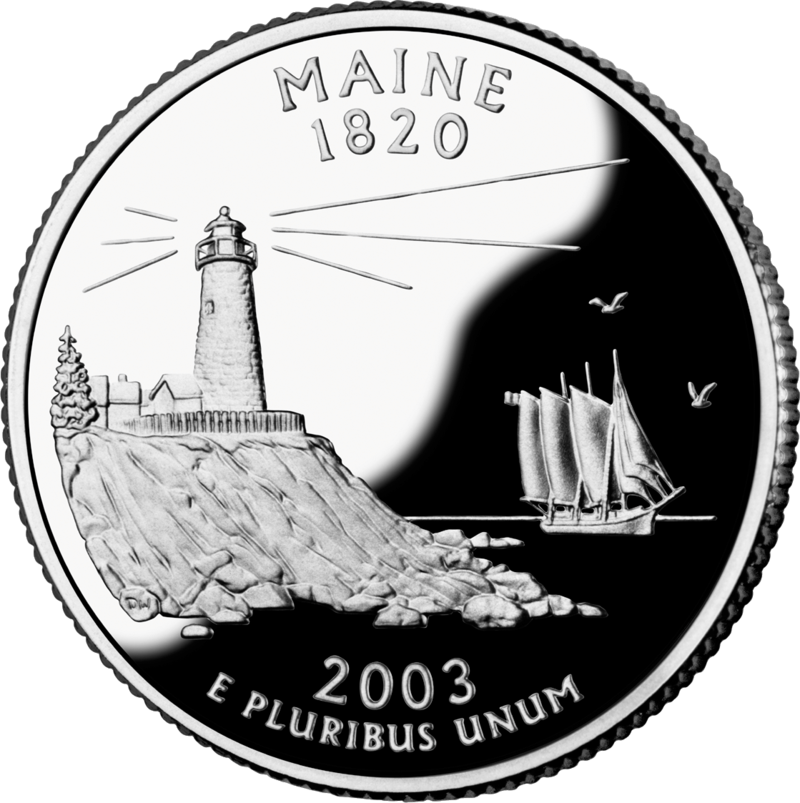 The state quarter of Maine is a beautiful tribute to the state's coast lines and lighthouses.

The quarter shows the schooner Victory Chimes at sea, guided by the Pamaquid Point Lighthouse. You can see the rocky coastline below the lighthouse.