The official release date was September 28, 2009. State quarters were released in the order states joined the United States. As such, Virgin Islands was the 55th State Quarter released. 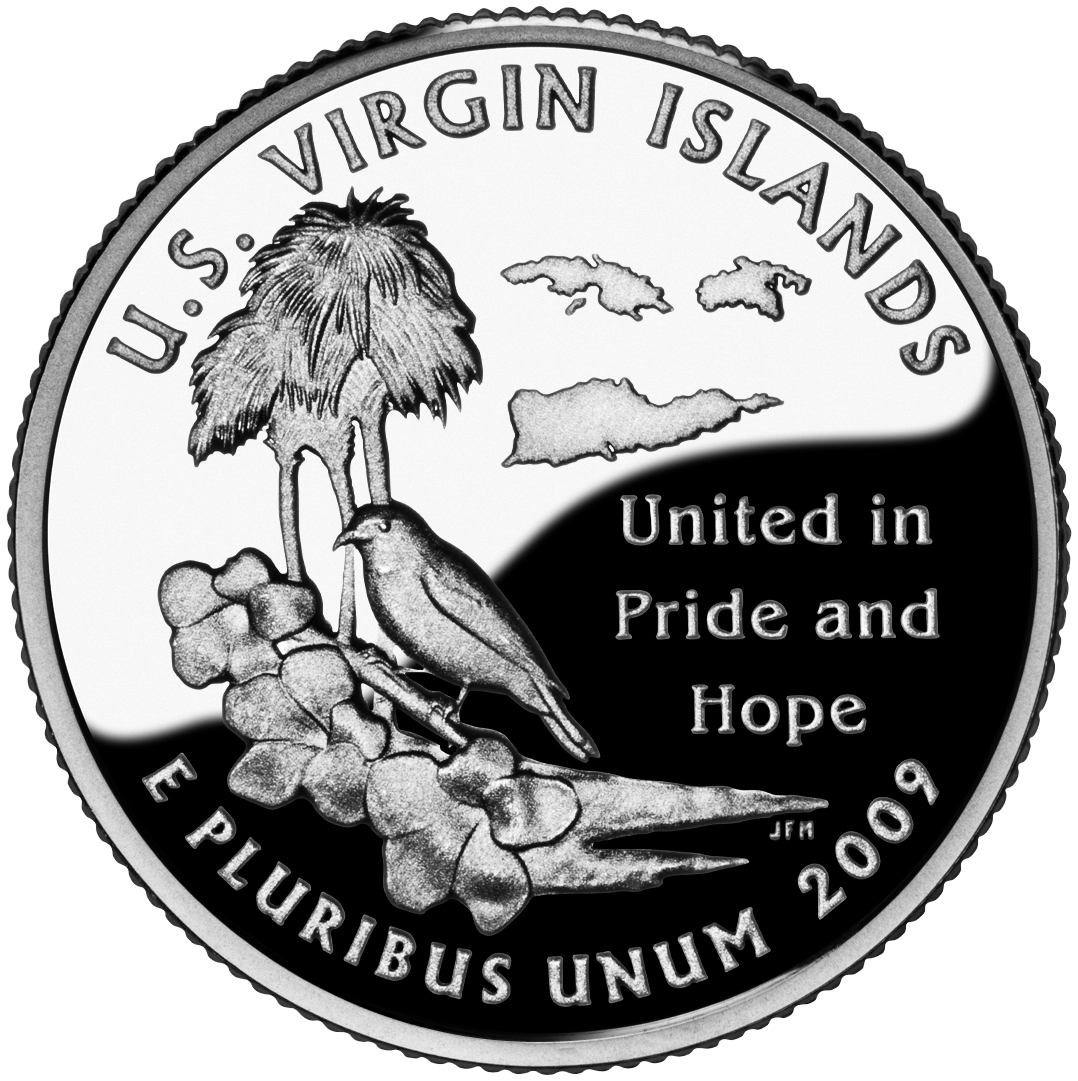 The Virgin Islands State Quarter. Released by the U.S. Mint on September 28, 2009.

The Virgin Islands' quarter depicts an outline of the three major islands that make up the territory in the upper right.

Next to and below the outline, there is a Tyre Palm Tree, a Yellow Breast bird (sometimes called a bananaquit), and a yellow ceder (or yellow elder) flower.

The caption on the quarter reads "United in Pride and Hope."