The official release date was July 27, 2009. State quarters were released in the order states joined the United States. As such, American Samoa was the 54th State Quarter released. 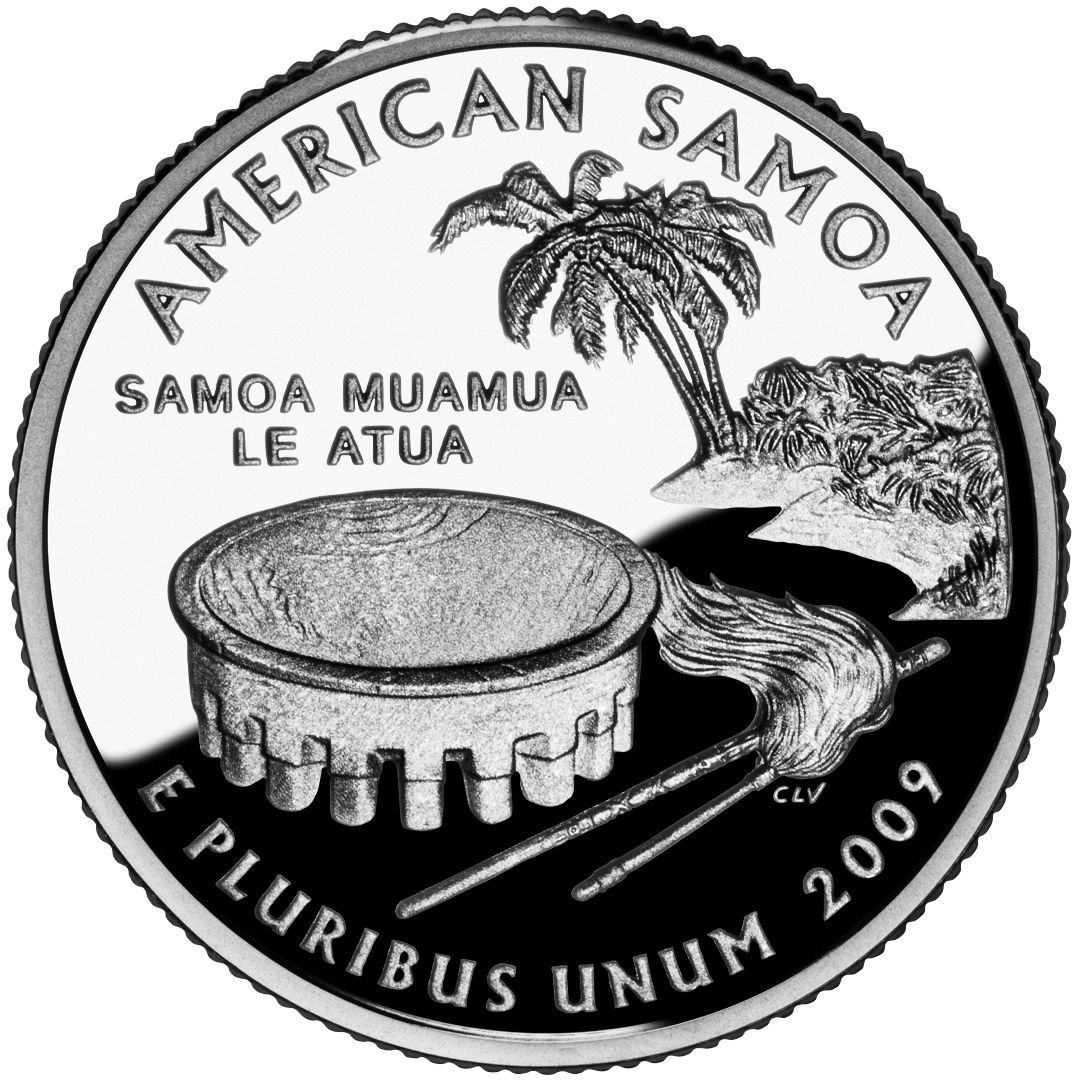 American Samoa's Quarter is a beautiful beach scape. In the foreground, there is a ava bowl next to a whisk and staff.

Behind, there is a beach with grassy dunes and a coconut tree. The caption on the quarter, "Samoa Muamua le Atua," means "Samoa, God is First."