The official release date was November 30, 2009. State quarters were released in the order states joined the United States. As such, Northern Mariana Islands was the 56th State Quarter released. 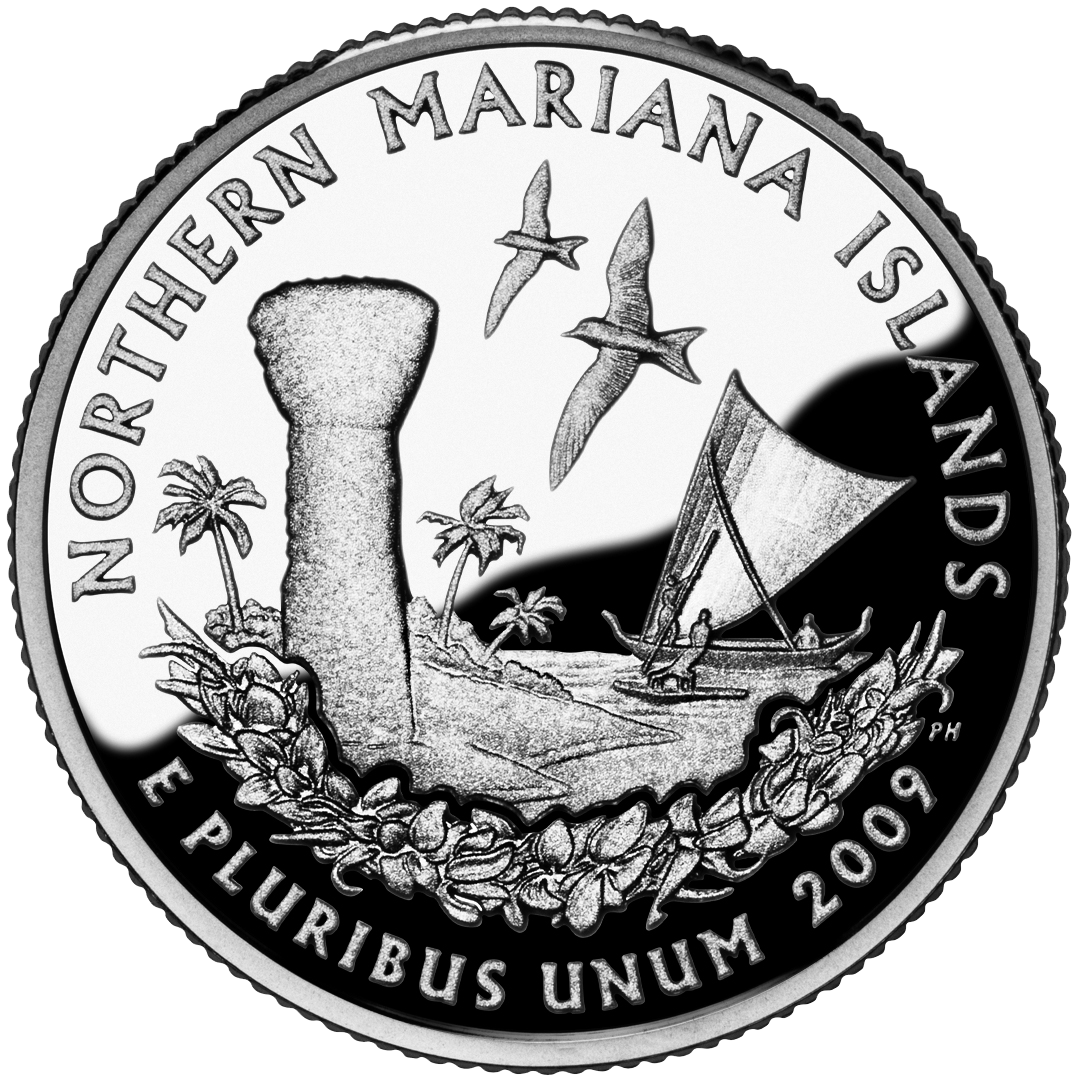 The Northern Mariana Islands State Quarter. Released by the U.S. Mint on November 30, 2009.

The Northern Mariana Islands quarter shows off the region's many pieces of heritage and wildlife. The quarter depicts a beach scape with palm trees lining the shores and a limestone Latte (similar to the Guam Quarter).

On the sea, there is a Carolinians canoe. The Carolinians are indigenous to the region. Two White Fairy birds fly overhead and Carolinian Mwar flowers boarder the bottom.