The official release date was May 22, 2000. State quarters were released in the order states joined the United States. As such, South Carolina was the 8th State Quarter released. 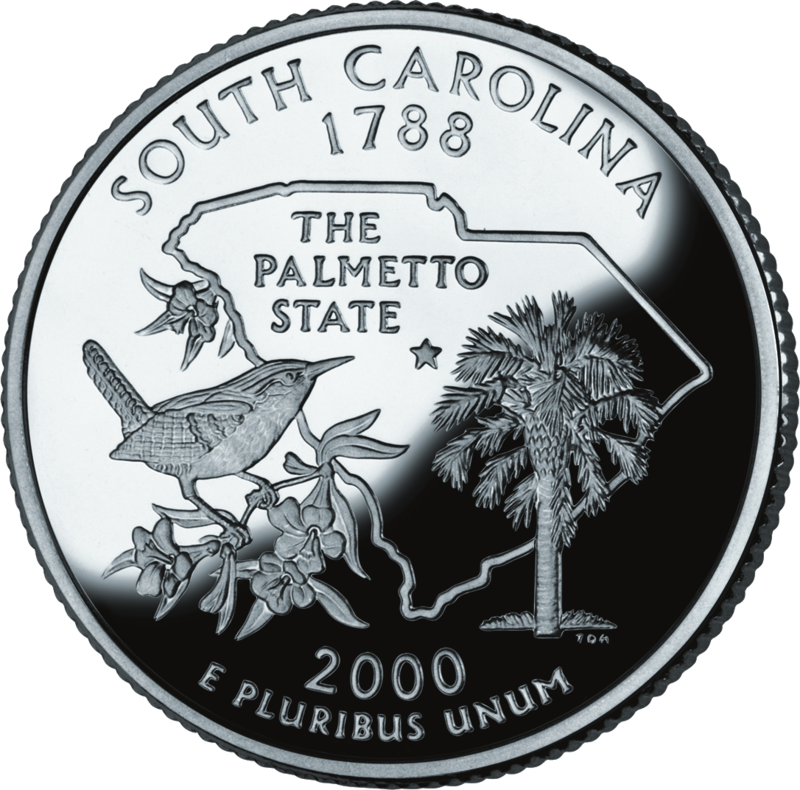 The South Caroline State Quarter has tree main elements. First is the outline of the state in the background.

On top of the state outline is the state tree, a Sabal Cabbage Palmetto (palm tree), and the state bird, the Carolina Wren, perched on the state flower, the Yellow Jessamine.

There is a stare on the state outline where the state capital, Columbia, is located. The caption on the flag is "The Palmetto State."