The official release date was March 13, 2000. State quarters were released in the order states joined the United States. As such, Maryland was the 7th State Quarter released. 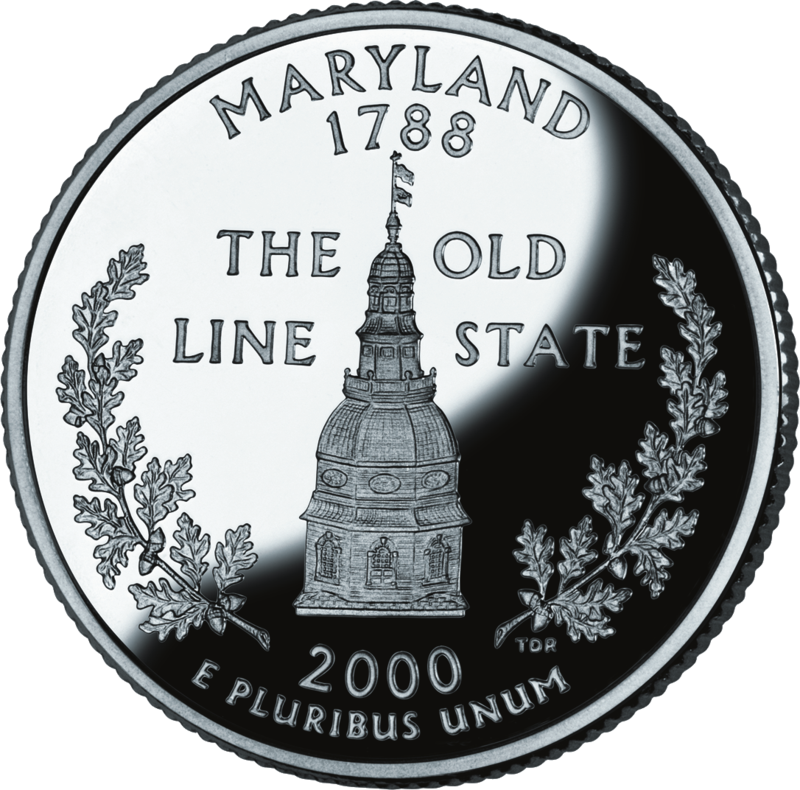 Maryland, "The Old Line State," proudly displays its caption front and center. The caption surrounds a depiction of the Maryland State House. Around the sides of the quarter are White Oak branches (state tree). Maryland is called The Old Line State because the Mason Dixon line is the state\'s northern boundary.