The official release date was March 12, 2001. State quarters were released in the order states joined the United States. As such, North Carolina was the 12th State Quarter released. 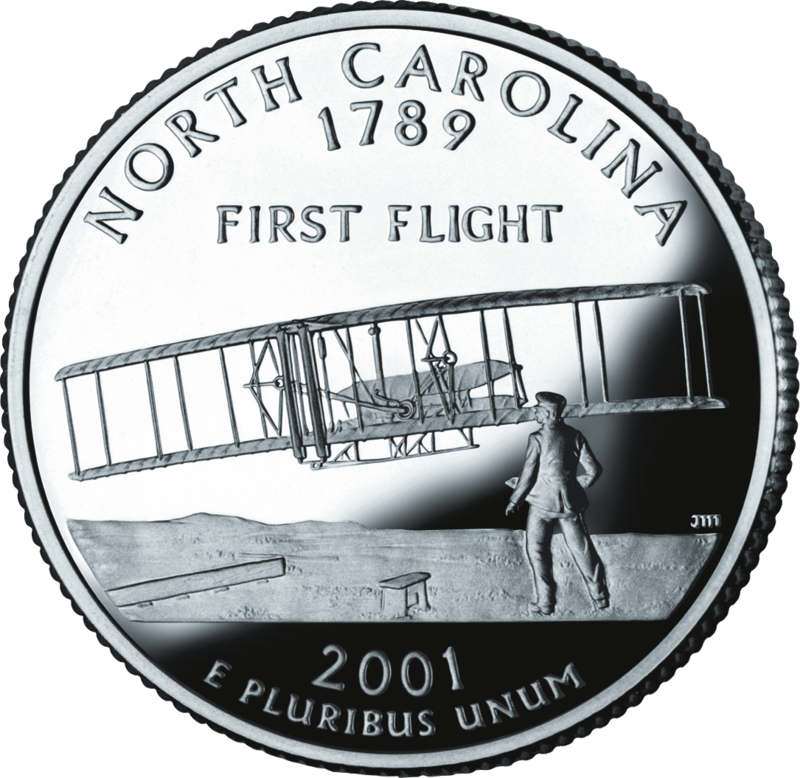 The North Carolina state quarter pays tribute to the Wright brothers who famously created the first airplane. The image on the quarter is of John T. Daniels's iconic photo of the Wright Flier in mid-flight.

The caption on the quarter reads "First in Flight," above the Wright Flier.