The official release date was January 2, 2002. State quarters were released in the order states joined the United States. As such, Tennessee was the 16th State Quarter released. 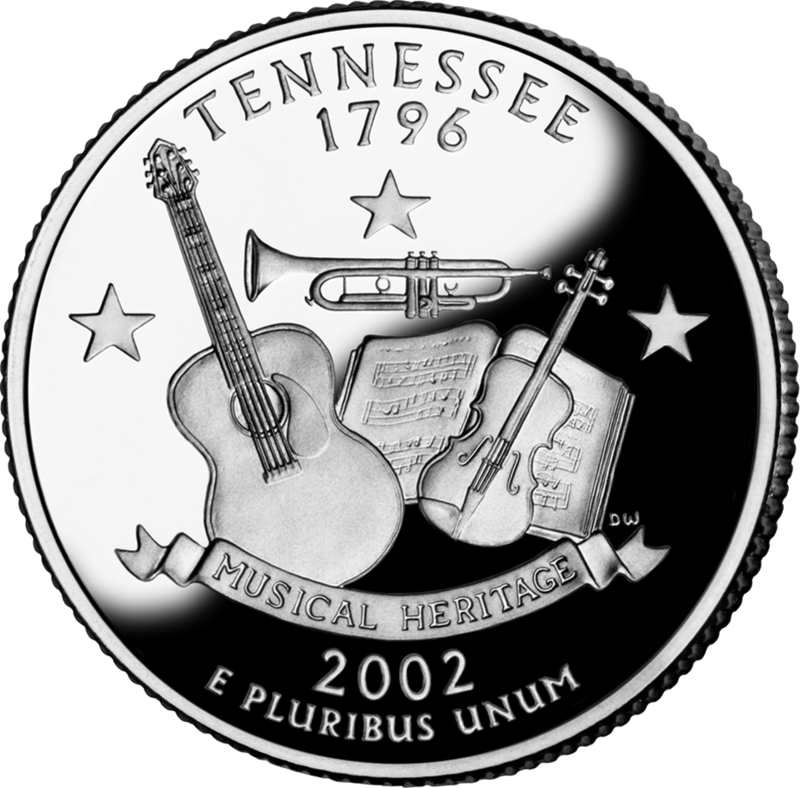 The Tennessee State Quarter. Released by the U.S. Mint on January 2, 2002.

The Tennessee State Quarter pays tribute to the states long musical heritage. There are 3 instruments on the quarter — (from left to right) the guitar, a trumpet, and a fiddle. Behind the fiddle is sheet music.

There are three stars positioned around the quarter and along the bottom there is a banner that reads "Musical Heritage."