The official release date was August 4, 2003. State quarters were released in the order states joined the United States. As such, Missouri was the 24th State Quarter released. 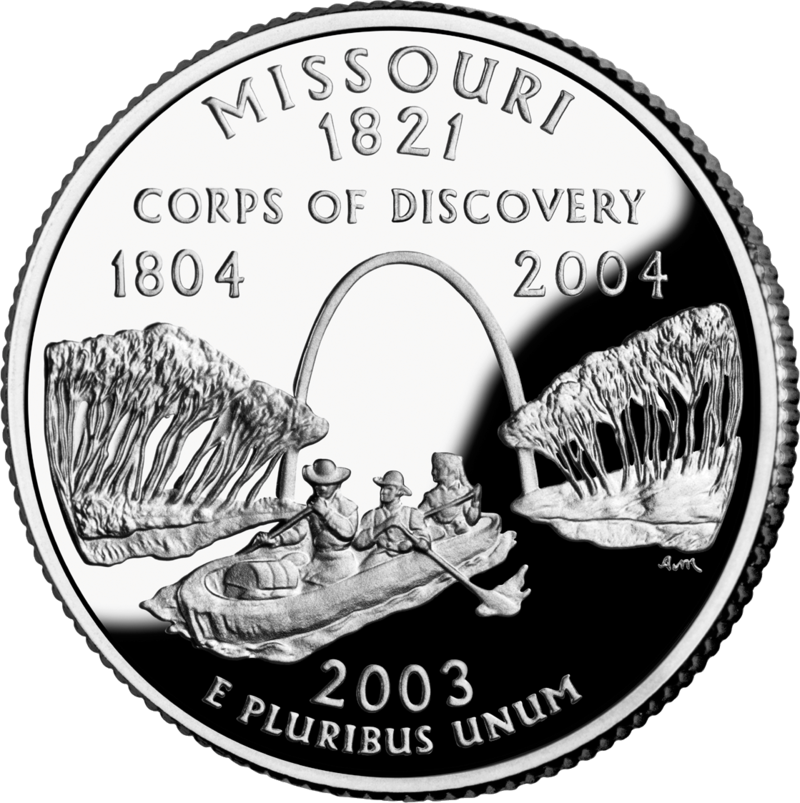 The Missouri quarter pays tribute to the states importance is the first exploration of the expansive United States.

The caption on the quarter reads "Corps of Discovery" and shows the Louis and Clark expedition canoing down the Missouri River. In the distance, the Jefferson National Expansion Memorial, the Gateway Arch, can be seen.