The official release date was October 20, 2003. State quarters were released in the order states joined the United States. As such, Arkansas was the 25th State Quarter released. 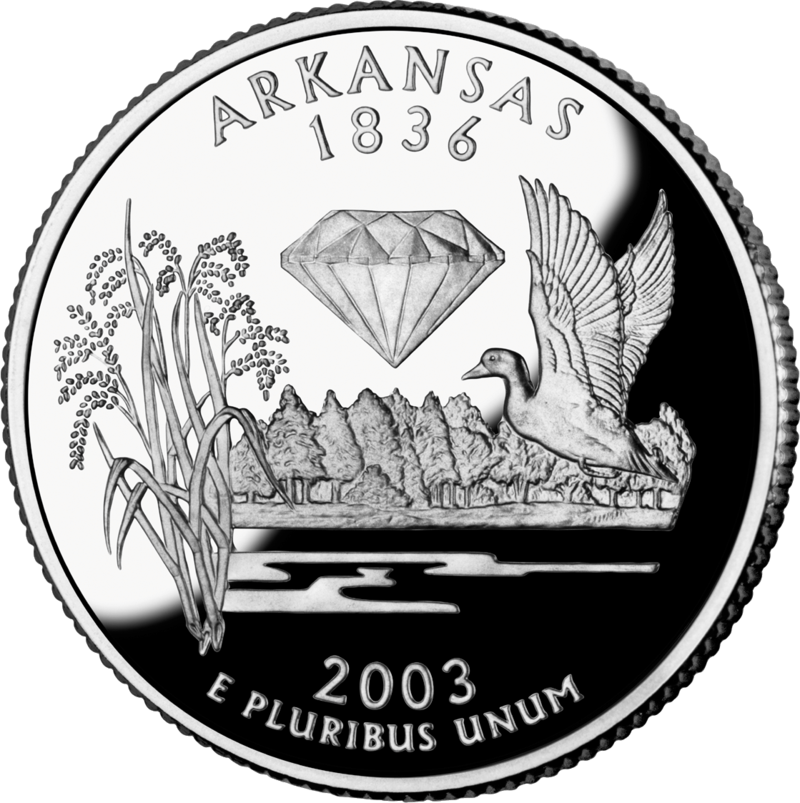 Arkansas, the Gem State, displays a gem front and center on their state quarter.

Below the large gem, there is a lake and trees showing Arkansas's beautiful natural resources including a rice stalk and mallard flying.