The official release date was January 26, 2004. State quarters were released in the order states joined the United States. As such, Michigan was the 26th State Quarter released. 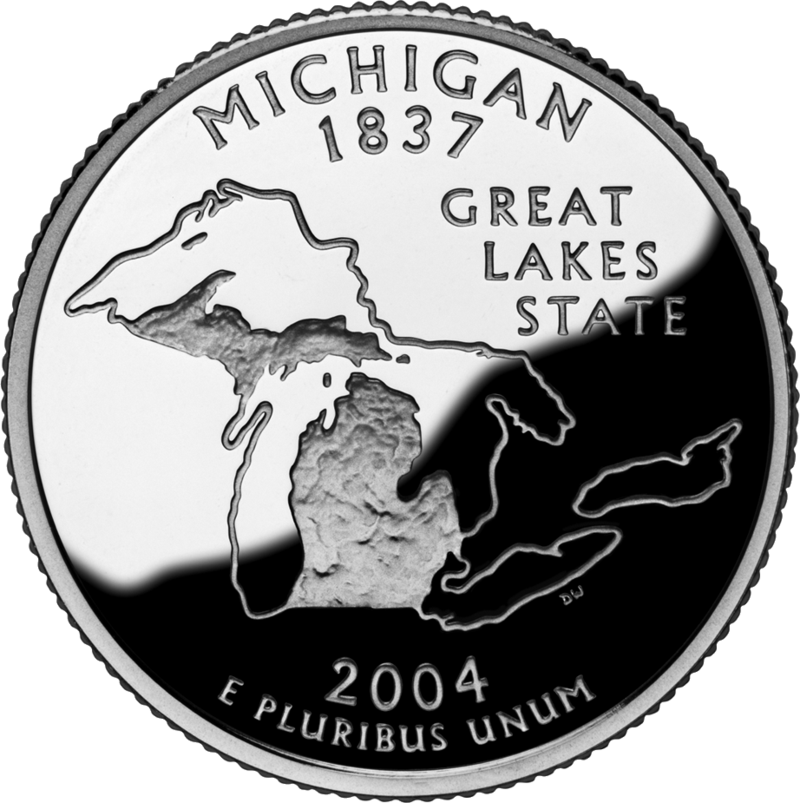 Michigan is surrounded by the Great Lakes. These five glacial lakes are depicted on the Michigan state quarter. The outlines of these lakes are shown with a thin outline while Michigan itself is filled in with a topological gradient.

The quote on the quarter reads "Great Lake State" in all capital letters.