The official release date was March 29, 2004. State quarters were released in the order states joined the United States. As such, Florida was the 27th State Quarter released. 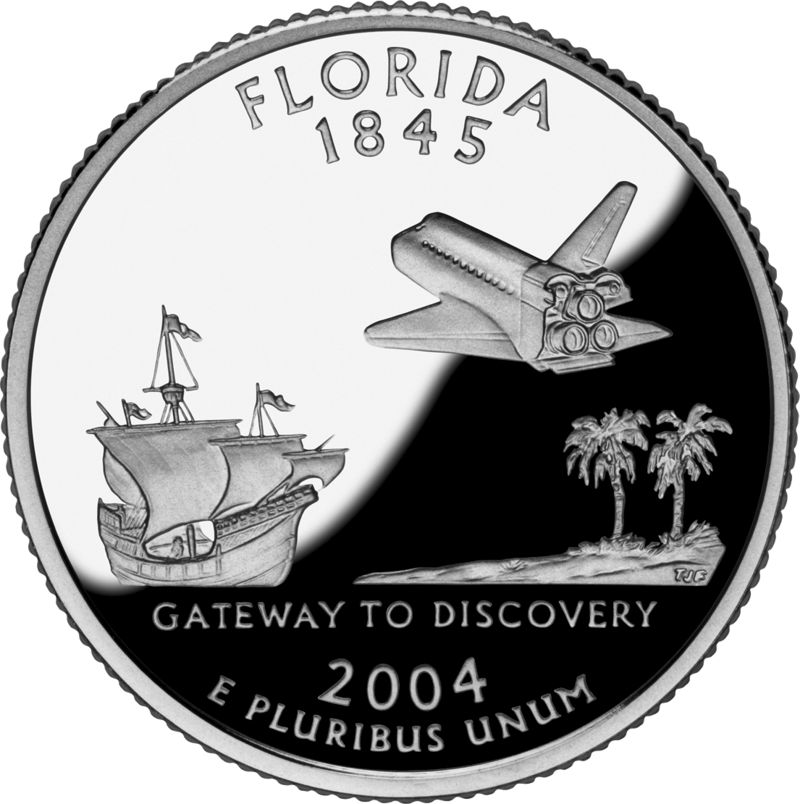 Along the bottom, the quarter's caption reads "Gateway to Discovery."