The official release date was January 3, 2000. State quarters were released in the order states joined the United States. As such, Massachusetts was the 6th State Quarter released. 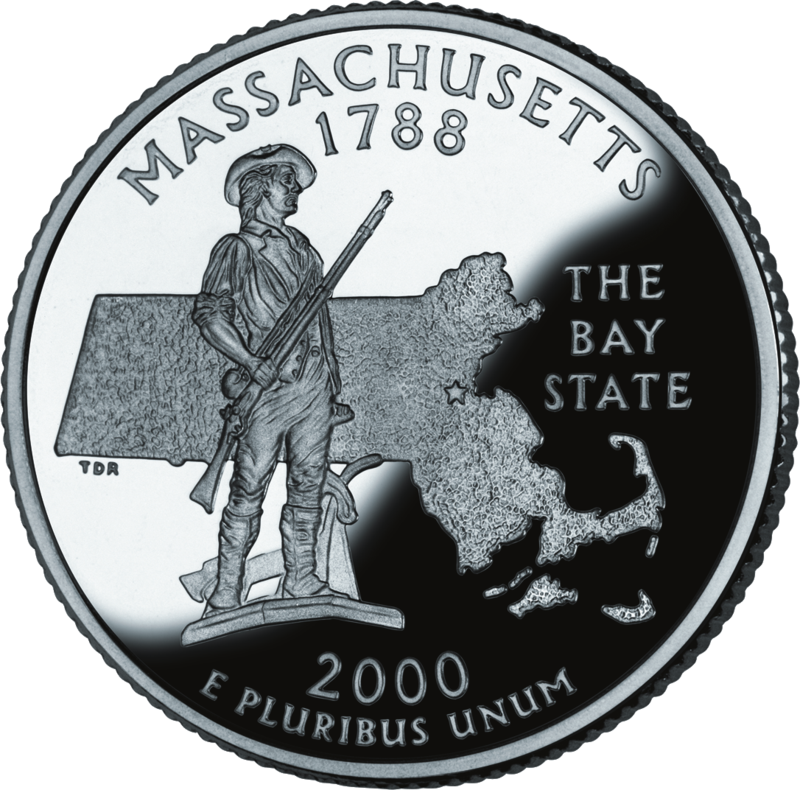 The Massachusetts State Quarter. Released by the U.S. Mint on January 3, 2000.

The Massachusetts state quarter is an outline of the state with the minuteman statue superimposed.

The caption of the flag reads "The Bay State" and there is a star on the state outline where Boston, the state's capital, is located.