The official release date was October 12, 1999. State quarters were released in the order states joined the United States. As such, Connecticut was the 5th State Quarter released. 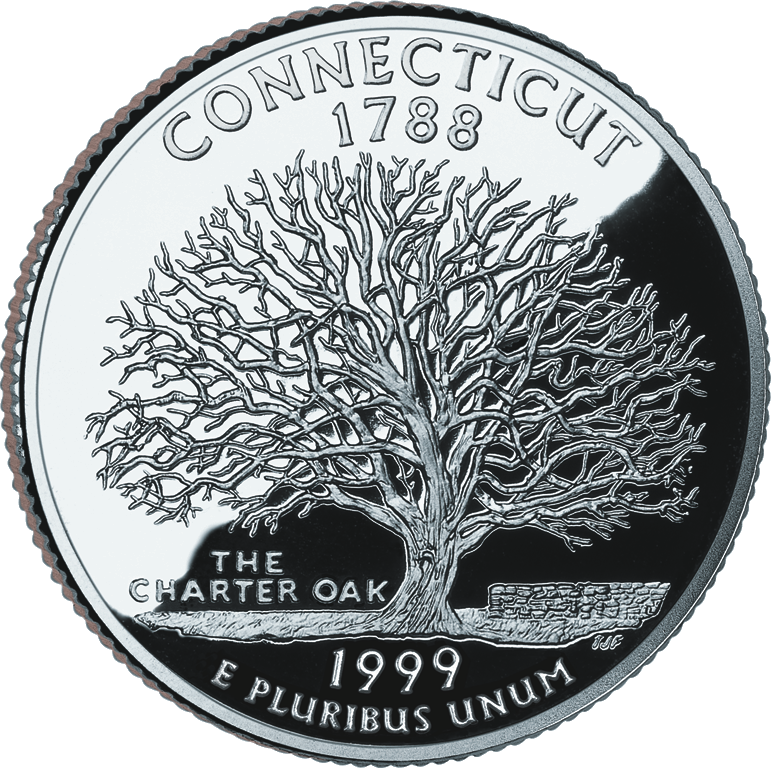 The Connecticut State Quarter. Released by the U.S. Mint on October 12, 1999.

The Connecticate state quarter depicts a large oak tree known as the Charter Oak. The Charter Oak was a large Oak tree planted in the 12th or 13th century and fell during a storm in 1856. Legend has it that Connecticut's Royal Charter of 1662 was hidden in the tree to prevent the British from confiscating the document.

Below the tree is a small stone wall and the capture that reads "The Charter Oak."