The official release date was October 15, 2001. State quarters were released in the order states joined the United States. As such, Kentucky was the 15th State Quarter released. 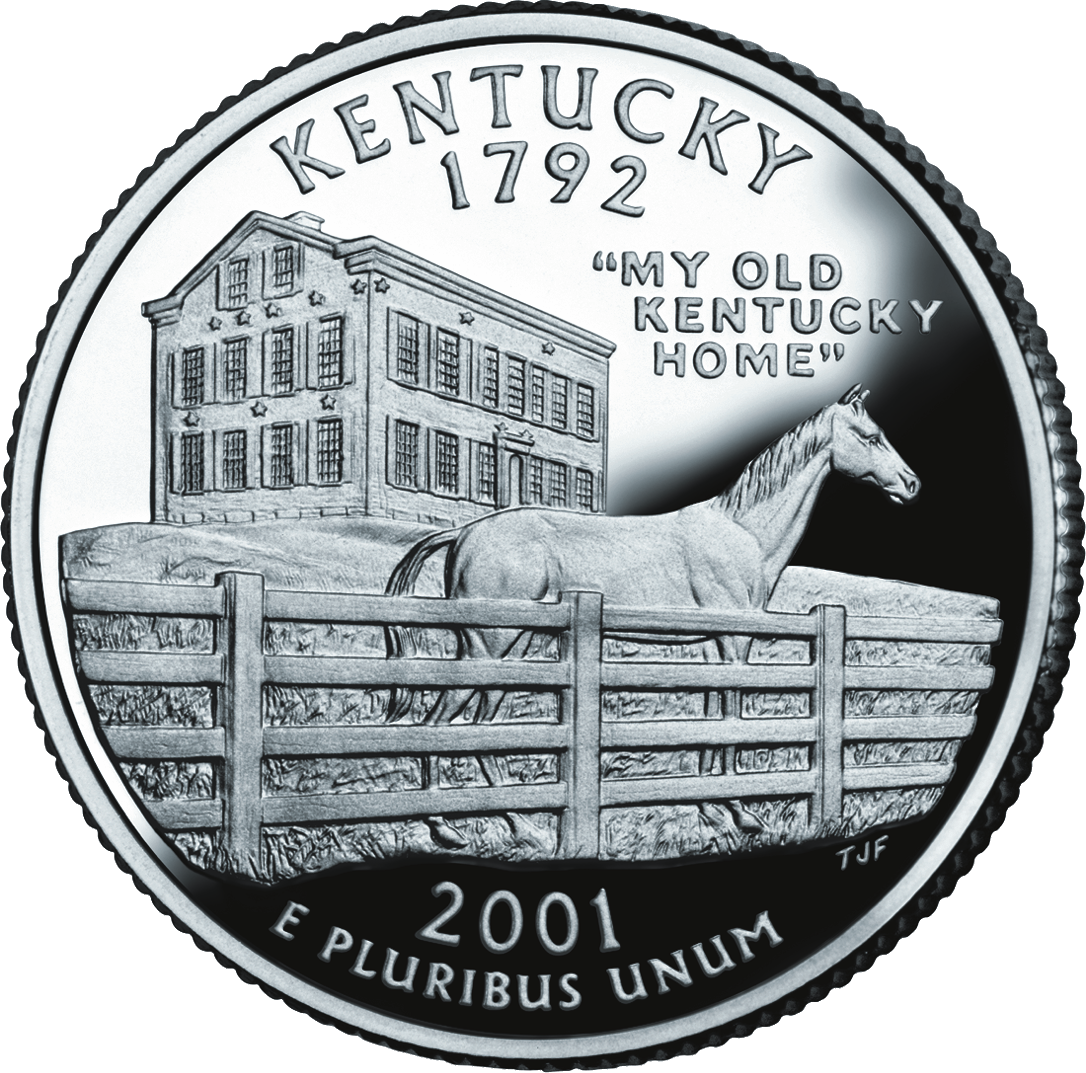 Kentucky is perhaps most well known for the Kentucky Derby, a famous horse race. Kentucky's state quarter pays tribute to this history by depicting a Thoroughbred racehorse standing tall behind fence.

Behind the horse is Bardstown mansion on Federal Hill in Kentucky. The caption on the quarter is surrounded by quotes and reads "My Old Kentucky Home," a well known Kentucky quote.