The official release date was August 6, 2001. State quarters were released in the order states joined the United States. As such, Vermont was the 14th State Quarter released. 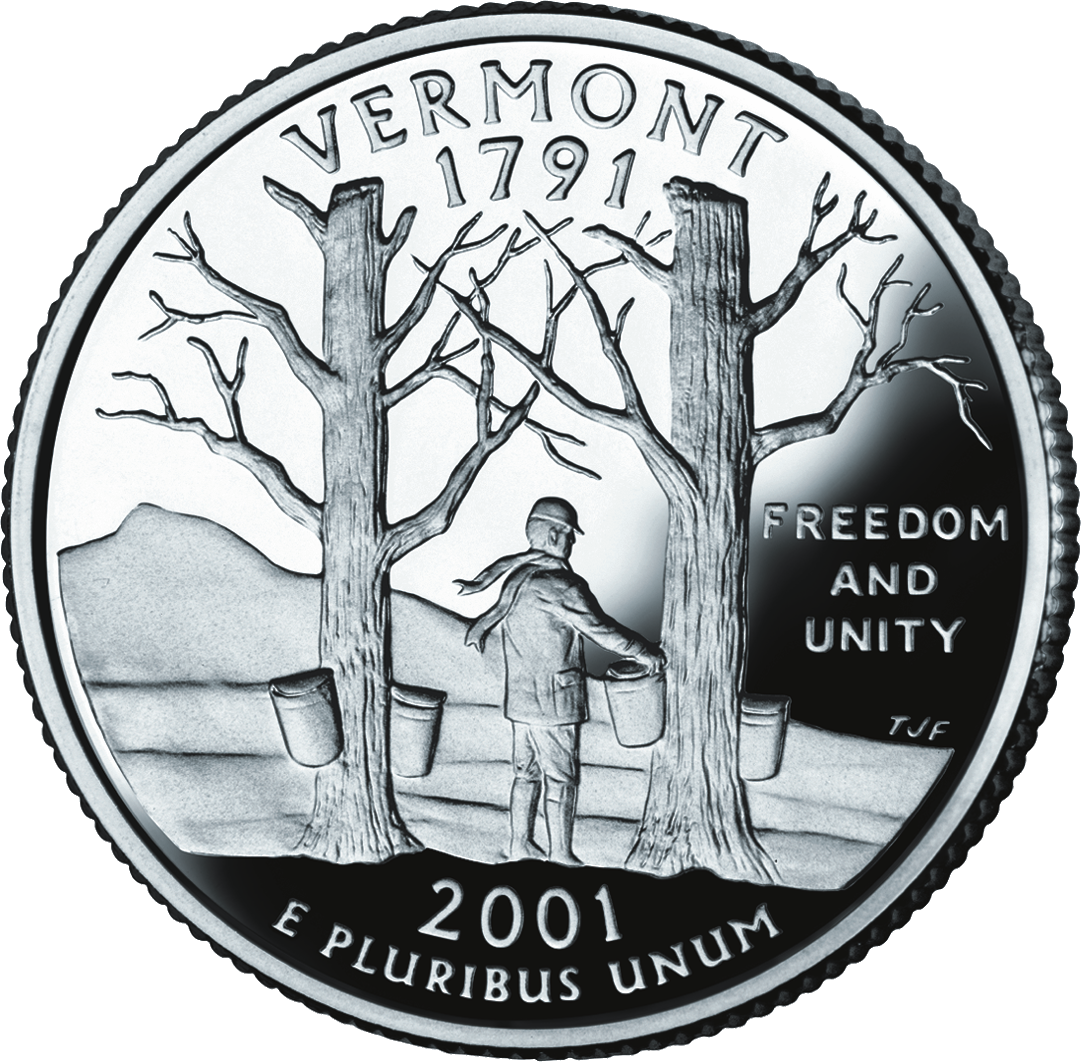 Vermont is famous for many things — its wilderness, mountains, and cold winters, to name a few. All of those features are shown on Vermont's state quarter.

The quarter depicts a winder scene. Front and center, there are four trees being tapped for syrup. Behind the trees you can see Camel's Hump Mountain.

The caption on the Vermont quarter reads "Freedom and Unity."