The official release date was June 1, 2004. State quarters were released in the order states joined the United States. As such, Texas was the 28th State Quarter released. 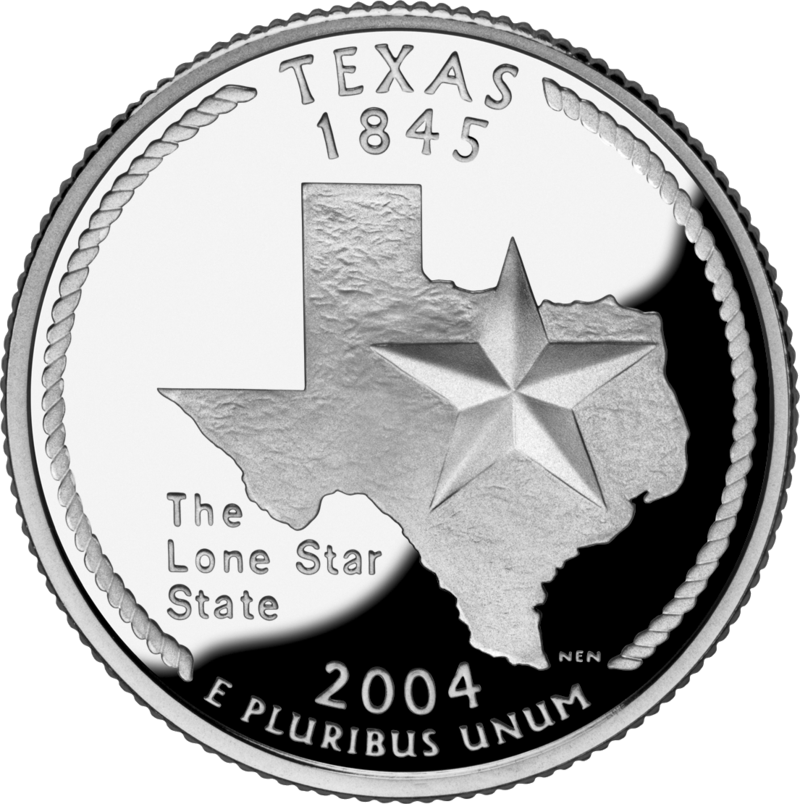 The quarter shows an outline of Texas with a large "Lone Star" superimposed on top. The Lone Star appears on the Texas State Flag as well and is the state's most recognizable symbol. The caption near the bottom of the quarter reads "The Lone Star State."

Around the outside of the quarter is a lasso rope which pays tribute to the state's rich farming and \'old-west\' heritage.