The official release date was July 19, 1999. State quarters were released in the order states joined the United States. As such, Georgia was the 4th State Quarter released. 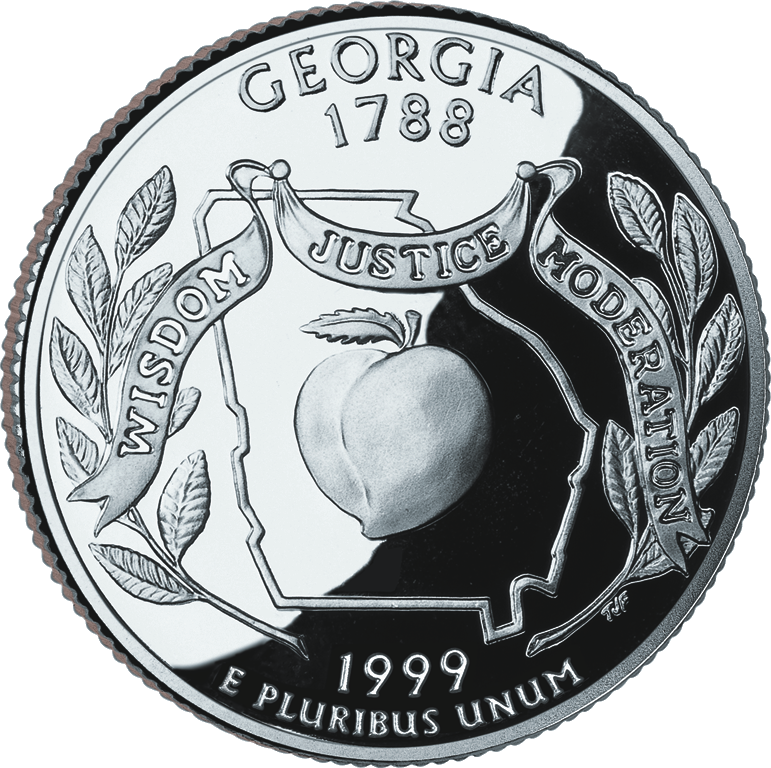 The Georgia State quarter features a delicious peach front and center. Georgie is known as the the "Peach State." Surrounding the peach is an outline of Georgia. Along the top is a ribbon that contains the state's motto, "Widsom, Justice, Moderation."

Along the left and right side are live oak sprigs. The oak is Georgia's state tree as well.