The official release date was May 26, 2009. State quarters were released in the order states joined the United States. As such, Guam was the 53rd State Quarter released. 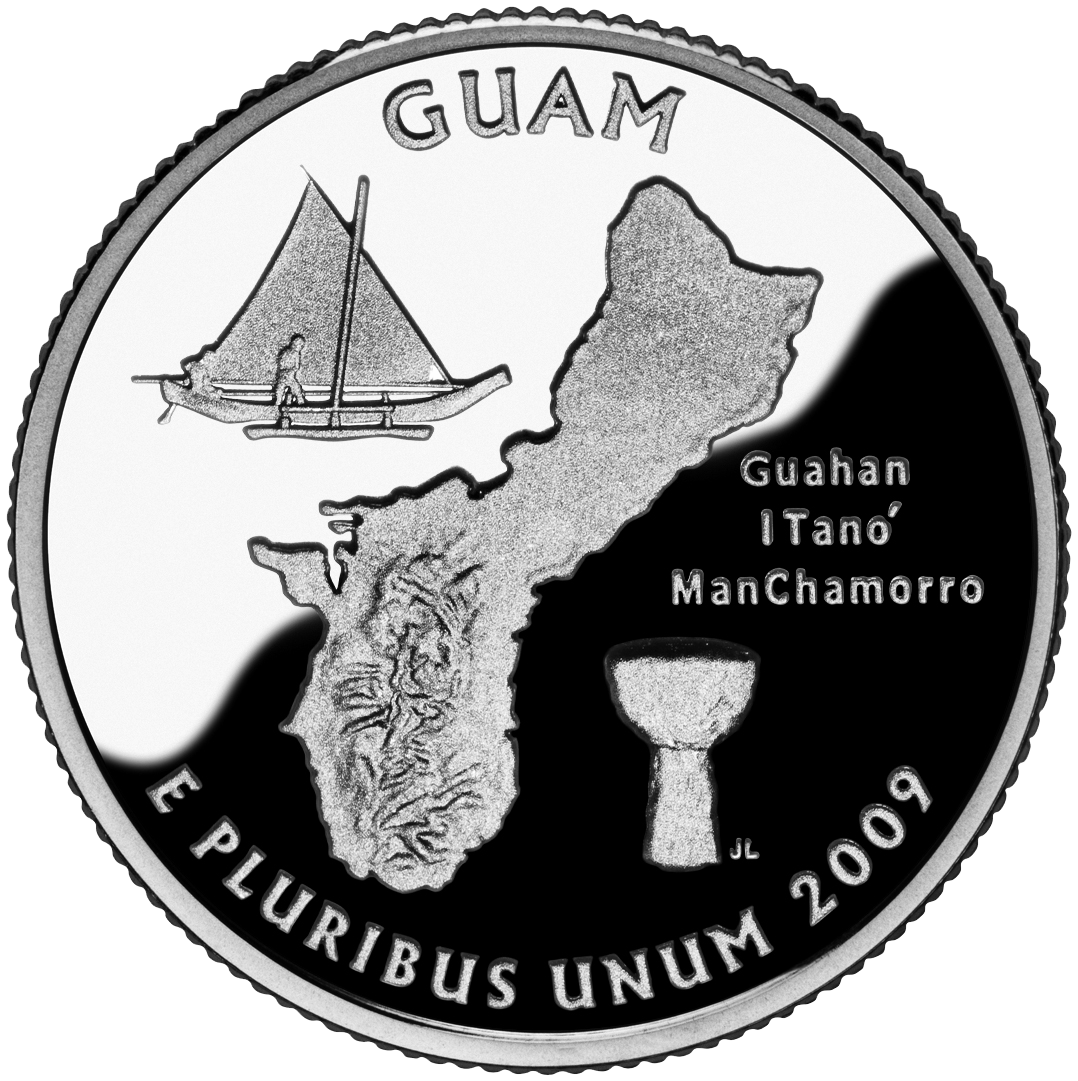 Guam's Quarter depicts an outline of the island with the region's mountains clearly visible. Above the state outline, there is a Flying Proa boat which many people on the island use for fishing.

Below the island there is a Latte Stone (or Latde). These pillars used to support ancient buildings on the island. Today, only the pillars remain. The Latte Stones have become a proud symbol of the Guamanian people.

The caption on the quarter reads "Guahan I Tanó ManChamorro," which translates to "Guam - Land of the Chamorro." The Chamorro are native to Guam.