The official release date was August 25, 2008. State quarters were released in the order states joined the United States. As such, Alaska was the 49th State Quarter released. 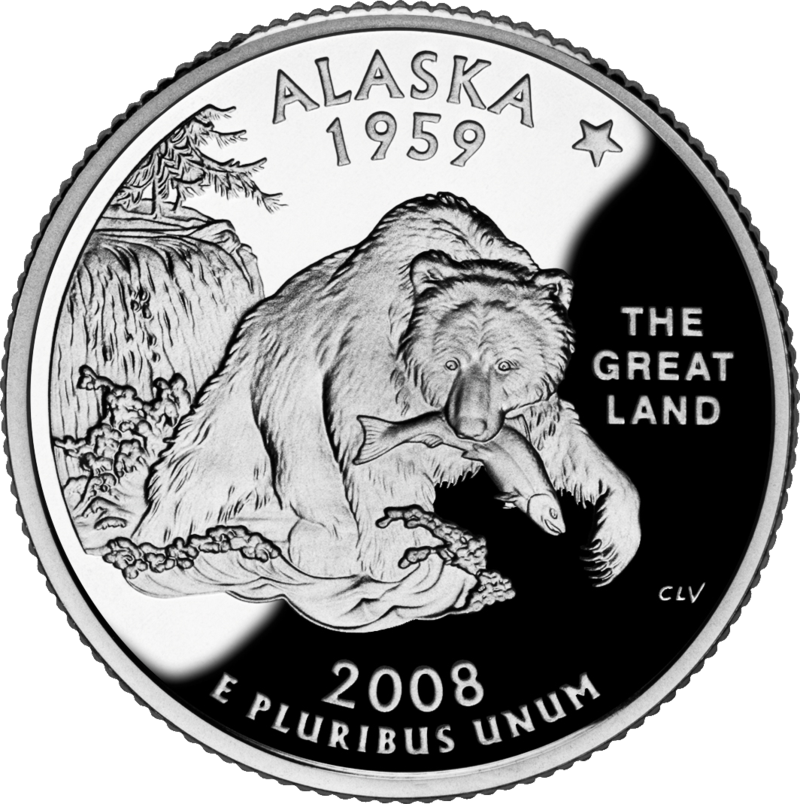 The Alaska State quarter features a large Grizzly Bear eating a salmon, the state fish. The bear is standing in a river where the fish was caught and there is a small waterfall behind the bear.

Above the bear there is the North Star. The caption on the quarter reads "The Great Land," in all capital letters.