The official release date was August 30, 2004. State quarters were released in the order states joined the United States. As such, Iowa was the 29th State Quarter released. 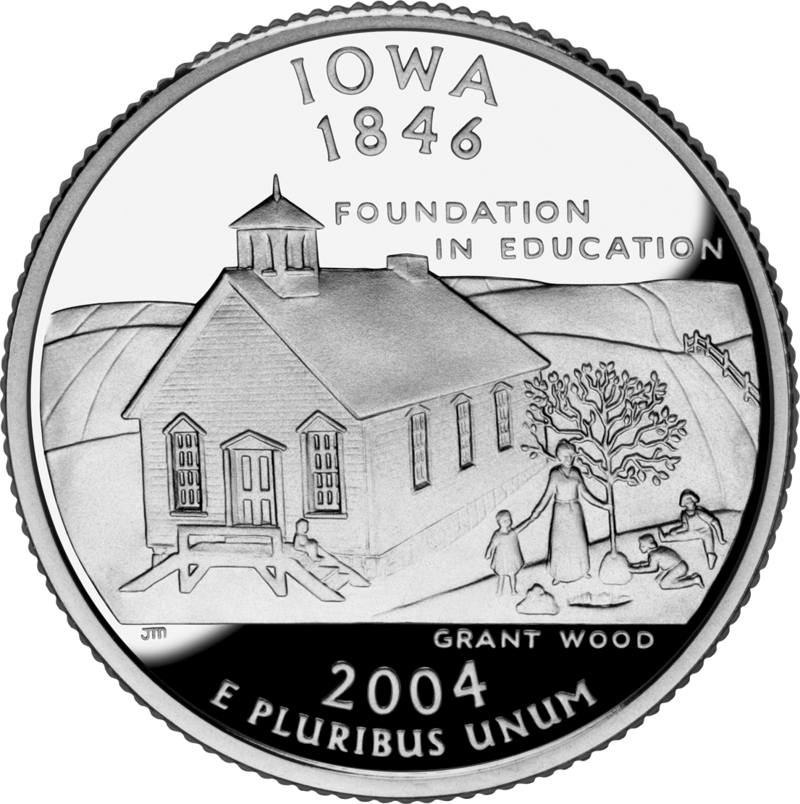 Iowa is known for its education system since it first became a state in 1846. As such, the Iowa state quarter pays tribute to its educational values and small-town values by depicting a rural school house with a teacher and students planting a tree.

The image captured on the quarter is originally a Grant Wood painting. Wood was born in Iowa and famous for his depictions of small-town life. The quarter's captions are "Foundation in Education" and "Grant Wood."