The official release date was March 30, 2009. State quarters were released in the order states joined the United States. As such, Puerto Rico was the 52nd State Quarter released. 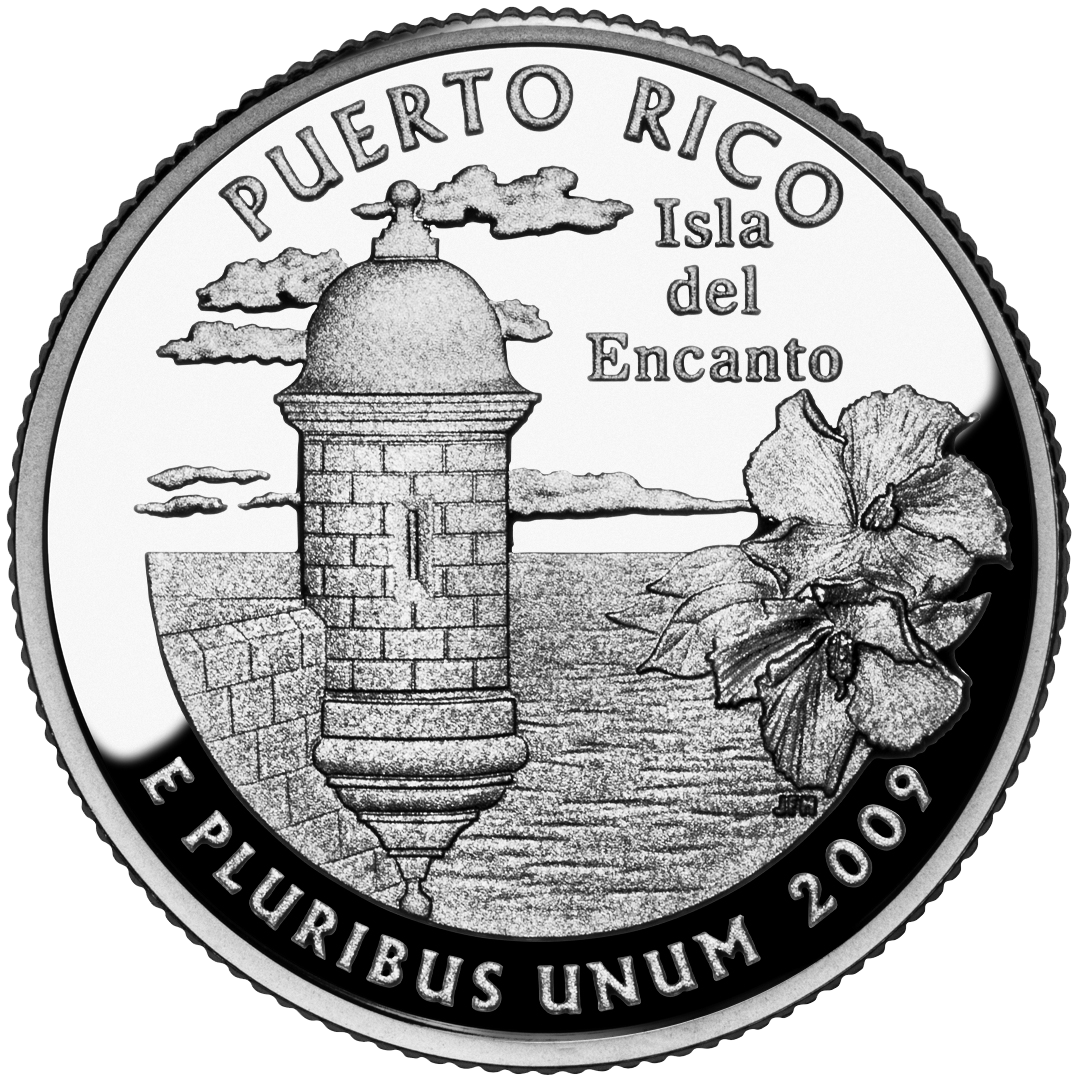 Puerto Rico's quarter pays tribute to the island's history, wildlife, and beautiful scenery. The quarter has an image of a historic sentry box at Castillo San Felipe del Morro in Puerto Rico. Behind the sentry box there is a sea vista.

To the left, there is a hibiscus flower, for which Puerto Rico is known. Above the flower are the words "Isla de Encanto" which means Island of Enchantment or Love.