The official release date was January 26, 2009. State quarters were released in the order states joined the United States. As such, District Of Columbia was the 51st State Quarter released. 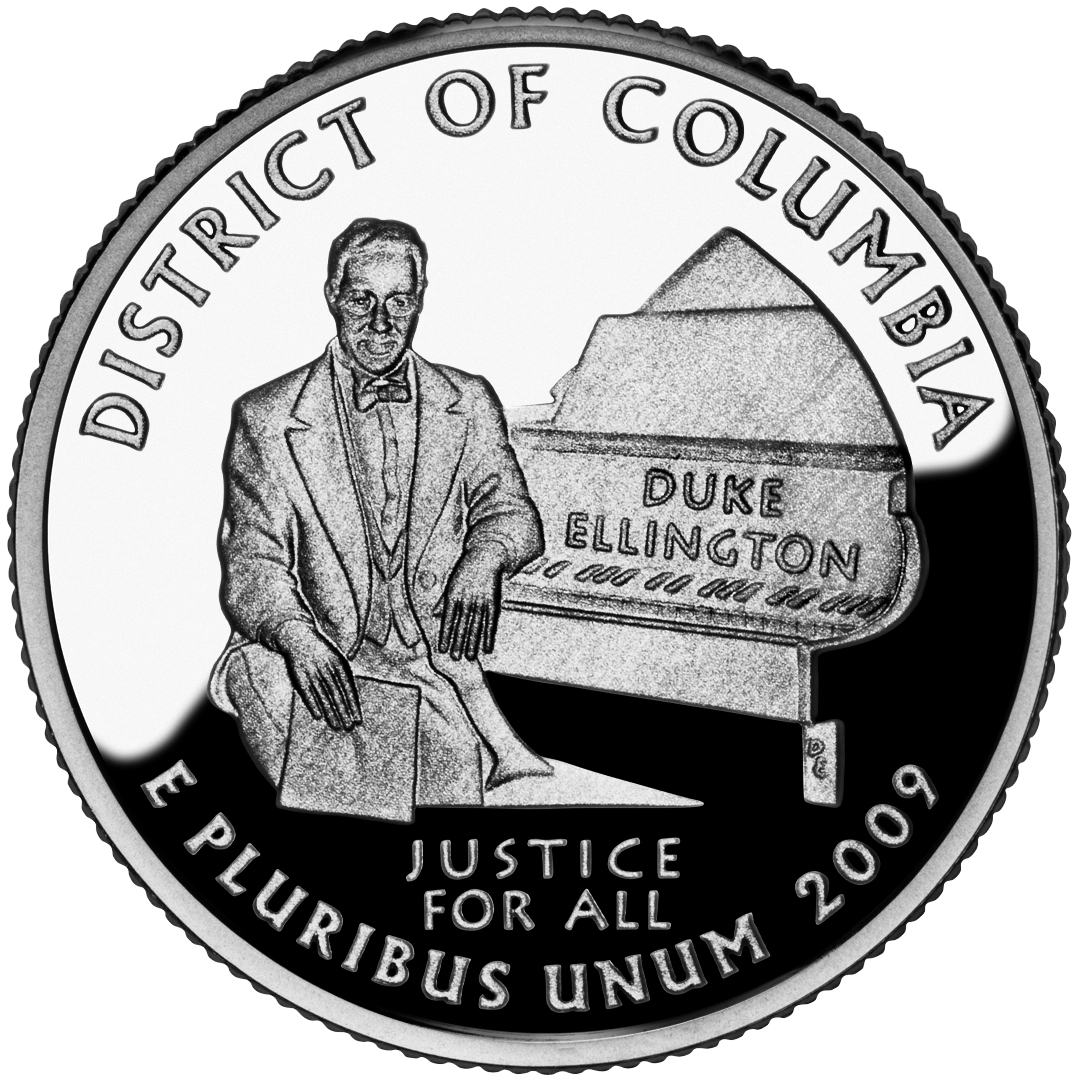 The District Of Columbia State Quarter. Released by the U.S. Mint on January 26, 2009.

The Washington D.C. Quarter was the first quarter issued to US territory and not an actual state. (In the final year of the state quarter program, 2009, six U.S. territories received state quarters despite their non-state status.)

Ellington was based in New York City for most of his career but was born and grew up in the District of Columbia. Below Ellington, who lived through the Civil Rights movement in America, is the caption "Justic for All."