The official release date was May 17, 1999. State quarters were released in the order states joined the United States. As such, New Jersey was the 3rd State Quarter released. 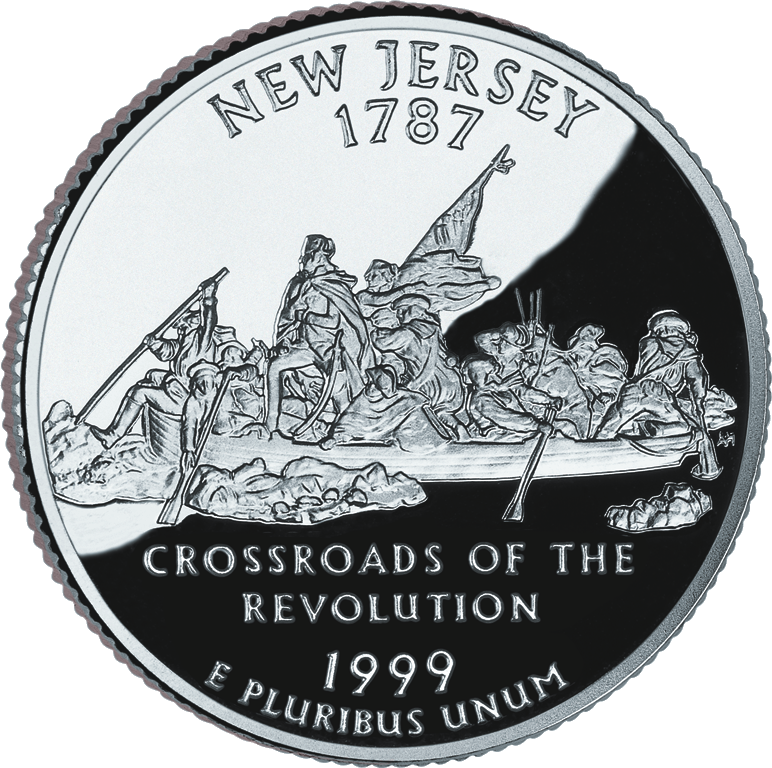 The New Jersey State Quarter features future first president George Washington crossing the Delaware river on his historic Christmas Eve assault on the British during the Revolutionary War. The image depicts Washington standing proudly at the front of the boat and James Monroe holding the flag behind Washington.

The caption on the quarter reads "Crossroads of the Revolution" in all capital letters.