The official release date was January 31, 2005. State quarters were released in the order states joined the United States. As such, California was the 31st State Quarter released. 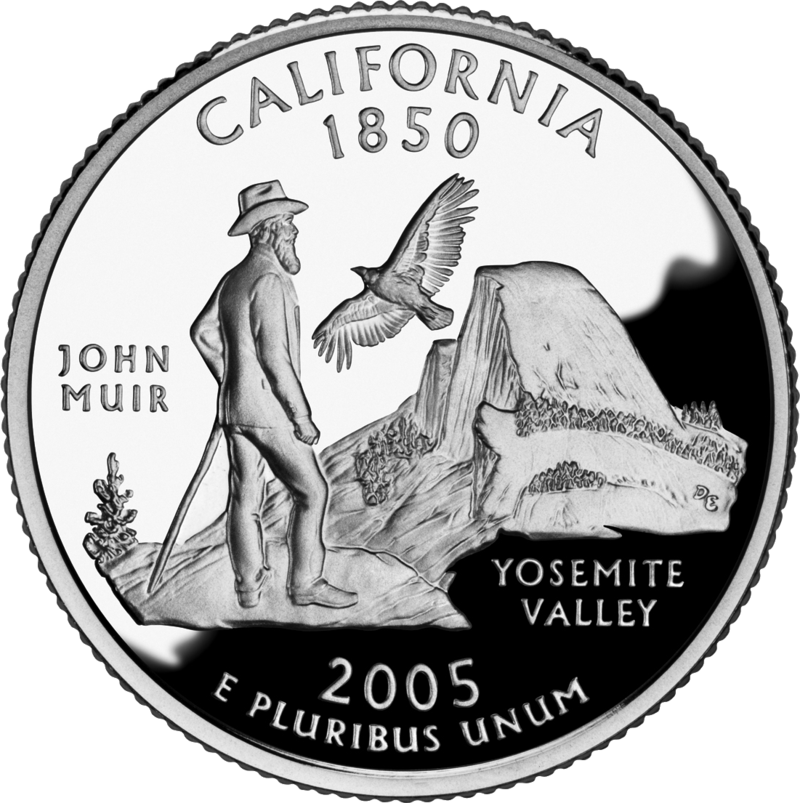 The California state quarter shows off California\'s incredible scenery and wildlife. The quarter depicts John Muir, famous explorer, looking at Yosemite Vally and the Half Dome - an amazing natural wonder. Flying over head is the magnificent California Condor.

The captions on the quarter read "John Muir" and "Yosemite Valley."