The official release date was January 1, 1999. State quarters were released in the order states joined the United States. As such, Delaware was the 1st State Quarter released. 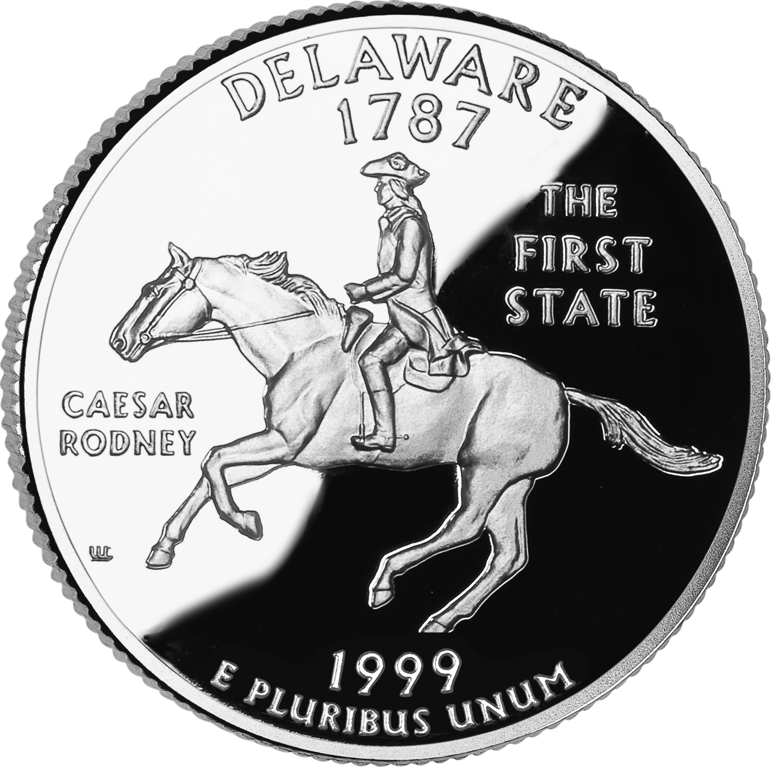 The captions on the quarter say "Caeser Rodney" on the left side and "The First State" on the right.